Women Empowered Through Chinese Martial Arts- Ladies, This One Is For You 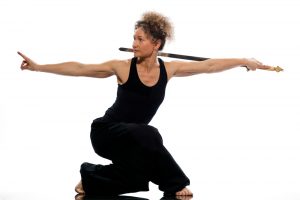 This month, at SMA Centre, we are showcasing girl power at its best and focusing the spotlight purely on the kick-ass ladies who own the floor.

Who comes to your mind when someone mentions women in martial arts? Cynthia Rothrock of course! She is well-known for her moves in numerous Chuck Norris movies of the days gone by.

Before we chat about other celebrities who know their way around this craft, let us quickly run through some of the benefits for learning this globally renowned pastime as a woman. Learning your way around this sport will teach you self-defence build your self-confidence, and get you into fighting shape. The benefits also extend beyond the body. Ladies, enjoy the best form of stress relief around and see how tough your mind really is.

Now, let’s discover some of the lady martial artists who made it big in the entertainment industry.

A holder of a black belt in Wu Shu, Cynthia is a champ in many forms and styles. She is an American actress and producer, known for her roles in Undefeatable (1993), Honour and Glory (1993) and Above the Law (1986). Offered as a class at the SMA Centre, Wu Shu is a relatively new style in this sport. It was developed in 1949 and provides you with a general appreciation for Chinese martial arts and promotes a deeper understanding of the applications and the histories of the arts from which it draws inspiration. It also cultivates practical physical fitness, valuing flexibility, balance, quickness, and core strength. Book your class now and be on your way to be on Cynthia’s league.

Karen is an American film, television and theatre actress. Her regular guest-star role as ‘The Enforcer’ on television’s Hercules, The Legendary Journeys, opposite Kevin Sorbo, received the highest ratings ever for the entire series. She has also appeared on Criminal Minds.

She starred in Enter the Dragon alongside Bruce Lee. This is, easily, the most popular movie in its genre across generations all over the world. Angela, like Cynthia, is also a Wu Shu expert.

Among others, Dana is skilled in Brazilian Jiu-Jitsu and Wu Shu. Highly decorated, she is an Olympic gold medallist and motivational speaker. We offer Brazilian Jiu-Jitsu at the SMA Centre. Usually referred to as BJJ, it is one of the fastest growing combat sports in the world. There is no better place to learn this style than with the help of our professional masters of the art. Find out more about an appropriate class for you today here.

Our last pick for you, Diana Lee Inosanto, is the goddaughter of the fabled Bruce Lee who also names BJJ and Wu Shu in her list of crafts. She is the daughter of the famous Dan Inosanto and Sue Ann Reveal. Dan was such close friends to the late Bruce Lee that, in honour of his friend, he named his daughter, and first child, Diana Lee.

Train with the best at the SMA Centre

Without a doubt, BJJ and Wu Shu feature obviously as styles of choice for women. The good news is that there are no restrictions in terms of the traditional or mixed [martial arts] style you can choose to learn. Come to the SMA Centre and master this sport from the best. For more information on the classes available, please contact Shuaimeng Liu on 079 922 1111 or Petra Liu at petra@smacentre.co.za today.